At Wasatch Dermatology, we are proud to offer Eskata to our patients in Ogden, Layton, Clearfield, and the surrounding areas. Eskata is used to treat Seborrheic Keratoses. 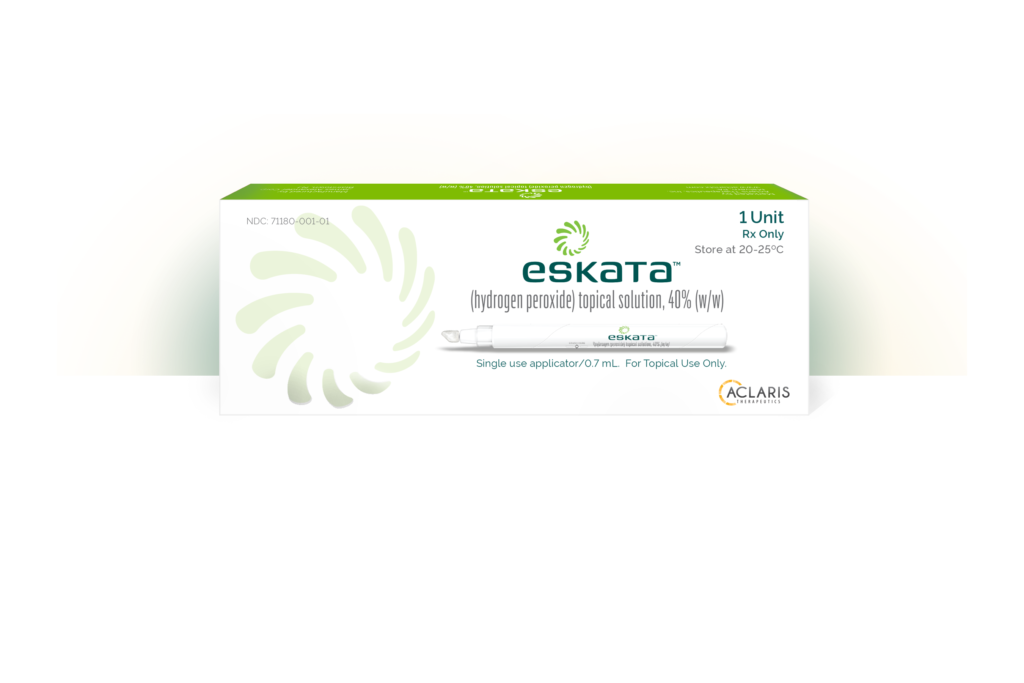 Seborrheic keratoses are noncancerous skin growths that commonly affect individuals over 50 years of age. While the exact cause of these growths are not known, they do tend to be hereditary. Because of the areas in which they commonly appear, there is some suspicion that ultraviolet light may be a causative factor in their development.

A seborrheic keratosis usually appears as a raised round or oval scaly spot on the face, arms, chest or back. Often, these growths appear two at a time over many years. Typically, a seborrheic keratosis is small, usually with a maximum diameter of under an inch, and looks as if it has been pasted onto the surface of the skin. It may range in color from tan to black.

Seborrheic keratoses do not usually discomfort the patient, although they may sometimes itch. If they are located in an area where clothing rubs against them, they may bleed and even, though rarely, become infected. Usually, a seborrheic keratosis is not painful or bothersome except cosmetically, but many people choose to have such a growth removed for aesthetic reasons.

Treatment of a seborrheic keratosis may include the use of special shampoos, lotions or creams which may reduce redness and scaling. If removal of the growth or growths is desired, there are several methods the physician may employ. These procedures include:

Dermatologists are normally able to diagnose a seborrheic keratosis through simple physical examination, though sometimes a biopsy is necessary to differentiate the growth from a skin cancer. To the eye of a lay person, however, it may be difficult to distinguish a seborrheic keratosis from other skin conditions, so it is always wise for patients to consult with their physician.

Call Today to Schedule Your Appointment